The FBHG administration, teachers and staff feel strongly that they are partners with the parents/guardians in helping to educate each child. We welcome and encourage your participation every school year by participating in parent conferences, family night activities, and other parent involvement activities. Together, we will be able to reach our school goals and celebrate the achievements of our students.

Who is Ben Hill Griffin, Jr.?

Ben Hill Griffin, Jr. Elementary School opened at the beginning of the 1993-1994 school year. The name was changed to Frostproof Ben Hill Griffin, Jr. Elementary School in the 2021-2021 school year to indicate the merge between the two elementary schools in Frostproof. Mr. Ben Hill Griffin, Jr. (October 20, 1910 – March 1, 1990) was a major figure in the Florida citrus industry during the twentieth century. Mr. Griffin was born during a hurricane in an old phosphate town known as Tiger Bay, located near Fort Meade. His family moved to Frostproof when he was six years old where he spent many more years of his life. Mr. Griffin graduated from high school in 1930 and proceeded to the University of Florida to play football and study agriculture. While a student, he worked part time running the dining facilities at a fraternity. His business sense and frugality enabled the Phi Kappa Phi dining room to become a profit center while other dining areas were losing money. After leaving college, Mr. Griffin returned to Frostproof and began working in a citrus packing house for 15 cents an hour. Mr. Griffin received ownership of his first grove in 1933 when his father gave him 10-acres as a wedding gift. Two years later he was able to purchase another 6-acre grove. This was the beginning of Ben Hill Griffin Incorporated. Through hard work, long hours, seizing opportunities, and saving Mr. Griffin became one of the top five growers in Florida. During the time when most citrus companies were moving towards the revolutionary process of orange juice concentrate, Mr. Griffin put all his efforts towards fresh fruit since he was unable to afford a processing plant at the time. He became a millionaire in 1962 due to a California freeze that brought about a wide-open market for fresh fruit from Florida. Mr. Griffin’s support of education was demonstrated when he served on the Frostproof City School Board before there was a county operation. His political career expanded to the state level in the mid-1950. A conservative Democrat, Griffin served in the Florida Legislature for twelve years, eight in the House and four in the Senate. In 1974, he ran against Reubin Askew for the governor’s office. Despite being known as a citrus baron, Mr. Griffin liked to keep the perspective of a small-business owner. He has been quoted as saying, “In big companies everyone’s a number. We don’t want to have that feeling in our little business.” A close friend and former college fraternity brother, Byron Herlong, says, “He treats everyone alike—bank president or fruit picker. He never steps on anyone, but he is persistent. He’ll work toward something until he gets it.” Although Mr. Griffin made millions, he was considered both frugal and generous. He had the ability to manage without a lot of frills. Mr. Griffin was often heard to say, “If you need anything, ask for it. If we don’t have it, we’ll tell you how we get by without it.” Mr. Griffin was a generous donor to the University of Florida, and their Ben Hill Griffin Stadium is named after him. Many students have benefited from scholarships given by Mr. Griffin. He volunteered his time for civic organizations, corporate boards, trade associations, and colleges. The people of Frostproof and Frostproof Ben Hill Griffin, Jr. Elementary School have shared in his gifts. In addition to being named Frostproof Man of the Year, Griffin was elected to the Citrus Hall of Fame in 1979 and to the Florida Agricultural Hall of Fame in 1987. Recognized in 1988 as a “Great Floridian,” he was honored by the state. The year before his death, he was ranked 261st on the Forbes 400 list of richest Americans. Throughout the years the Ben Hill Griffin family and the Ben Hill Griffin, Inc. have continued to support education and the people in the town of Frostproof. 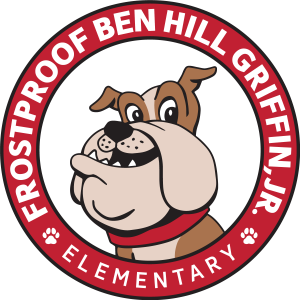